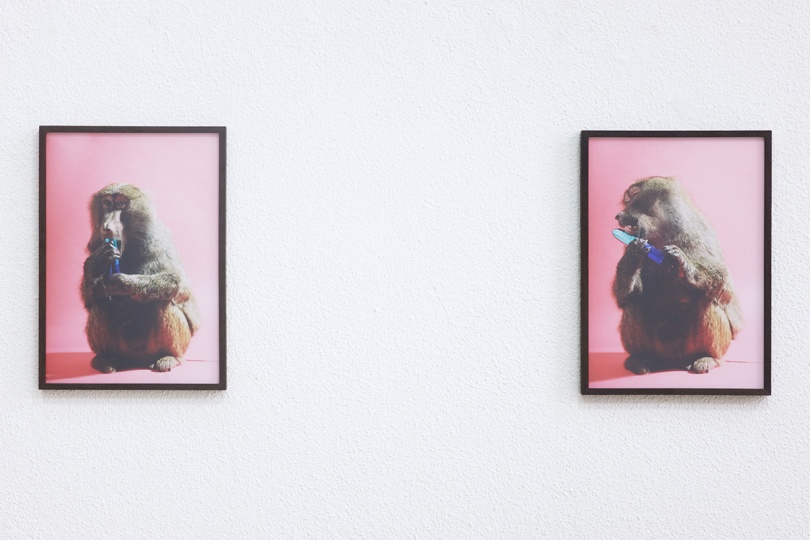 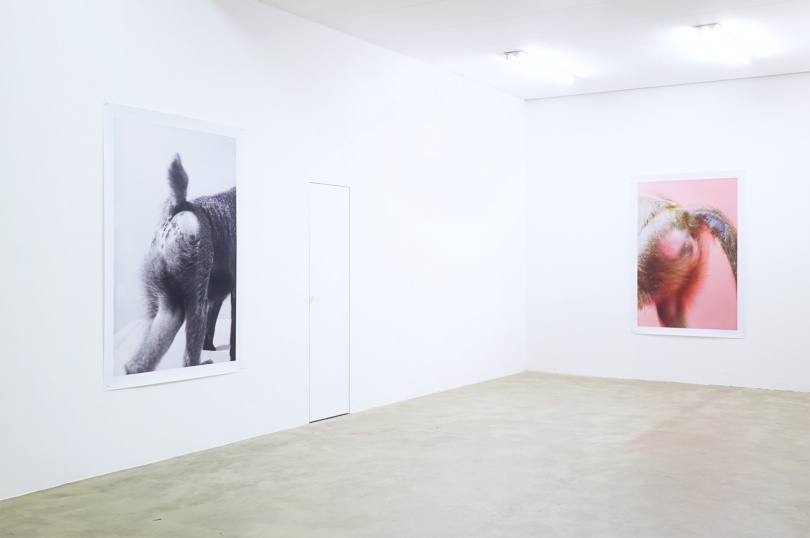 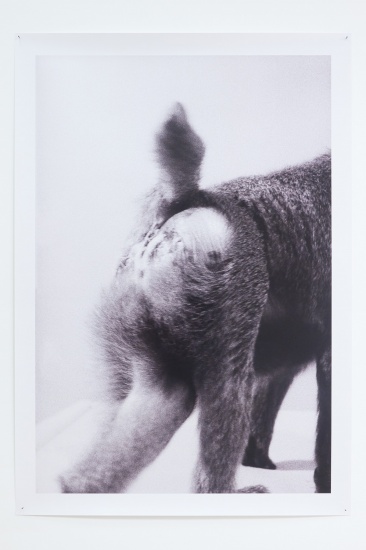 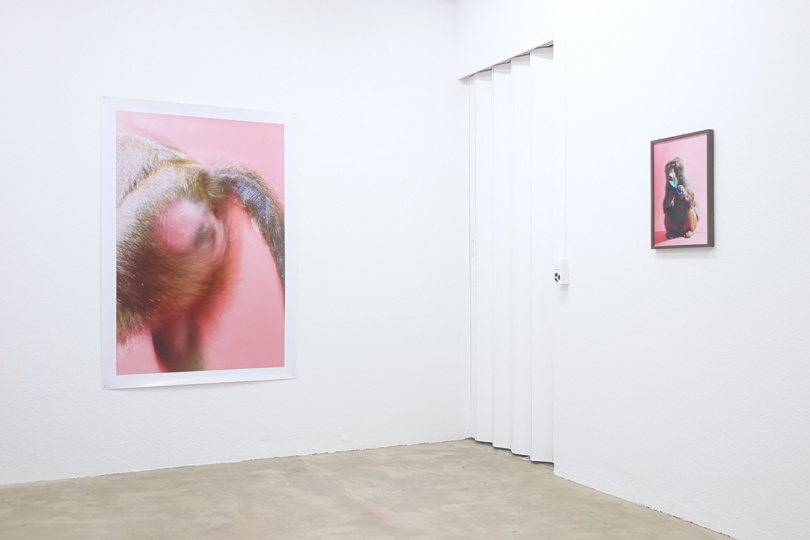 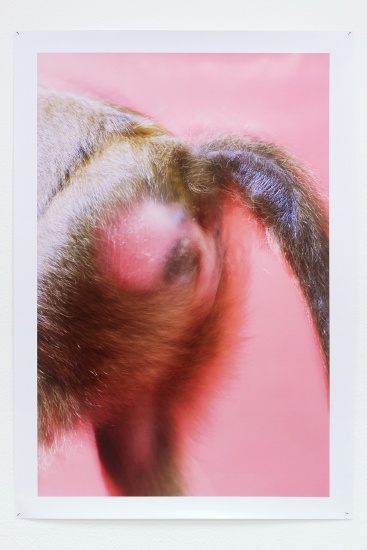 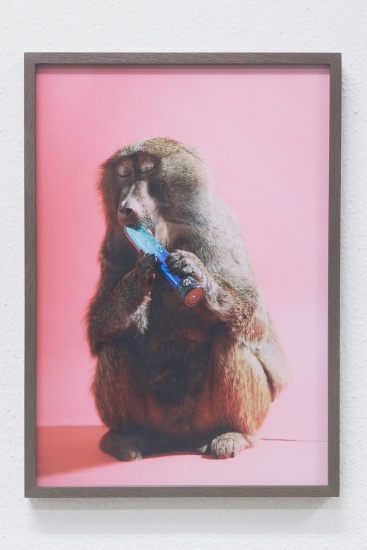 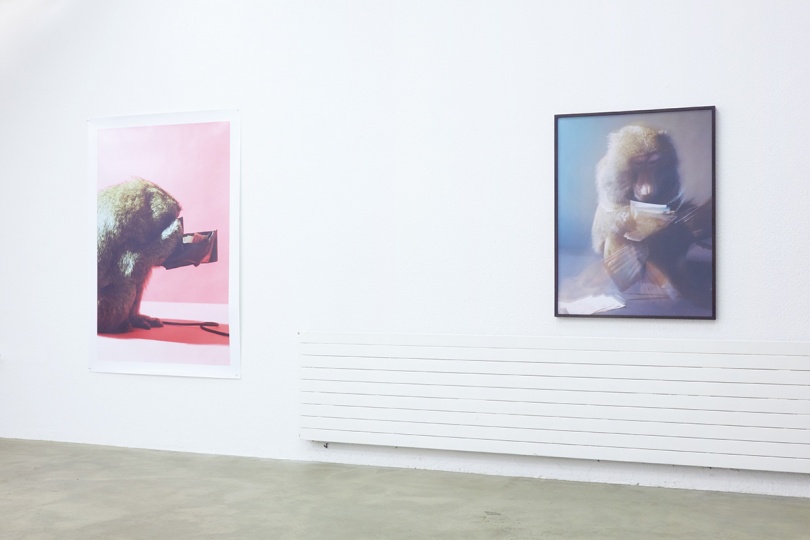 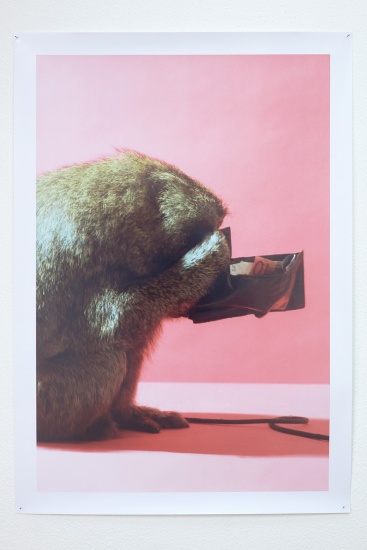 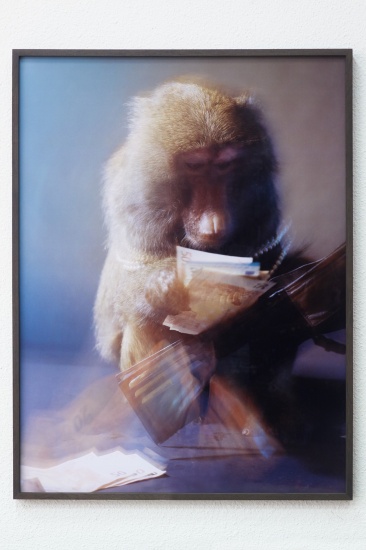 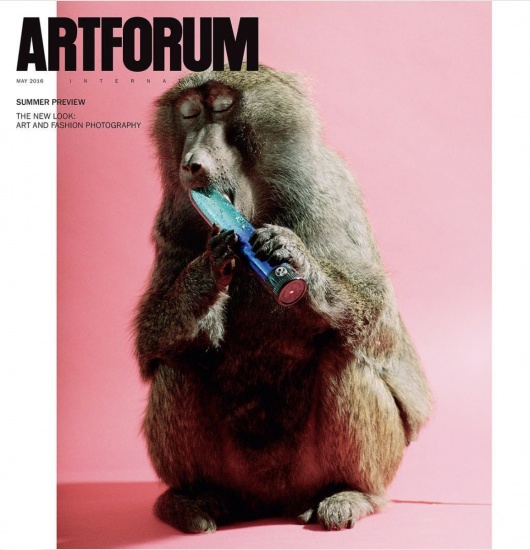 Heji Shin’s first solo show at Galerie Bernhard continues her investigation into photographic portraiture. In this iteration a hired surrogate replaces the artist in a series of self-portraits. The staged studio shots wryly and candidly ape current quasi-feminist ideologies of being able to be ‘political’ via any trajectory other than their assigned gender. Using techniques conventionally applied when photographing people, the photographs of the monkey parody this very sexualized and aggressive form of feminism. Likewise, the au courant phrase 'checking your privilege’ is apposite to this ironic backdrop as an attendant form of judgement.

"I started using the photography-based social media app "Instagram" and discovered "hashtags". #lonelygirl is a popular tag mostly used by younger women to depict themselves—through "selfies". Both banal and highly staged, the photographs belie ambitions, dreams, deceptions and aspirations—to be rich, to be a whore, to be beautiful, to penetrate and visualize one's anus.

Under the guise of an animal stand-in—a monkey named Jeany—these allegorical selfies evade society’s demands to regulate “my” own body to fit the norm. They show a proudly unshaven female body in a safe space—a primitive consciousness over which the devastating condition of existence has barely begun to hover: “How do I represent ME?”"